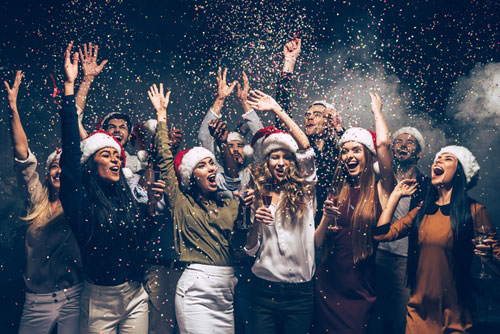 At the start of each year plenty of us make New Year’s resolutions, but how many stick to them?

Some 25 percent of people typically don’t even make it through the first week of the year, and more than half of resolutions are broken within six months, according to University of Scranton research. Sticking to a New Year’s resolution isn’t easy, – after all, 365 days can be a long time – but it’s not impossible. In fact, you’re 10 times more likely to hold your resolution through the year just by “explicitly” making it, the researchers noted.

If you’re like most people, your promise to yourself is probably pretty important. Many people resolve to lose weight, spend more time with their families, quit smoking and live life to the fullest. If you’re dead set on keeping your New Year’s resolution this year, there are a few ways you can help yourself:

It’s tough to keep a promise for 52 weeks, if one you made to yourself. Luckily, there are techniques to ensure you’re able to hold your New Year’s resolution for all of the some 31 million seconds in 2017. By setting clear and attainable targets, practicing self control and rewarding yourself along the way, you’ll stand a much better chance of holding your resolution.