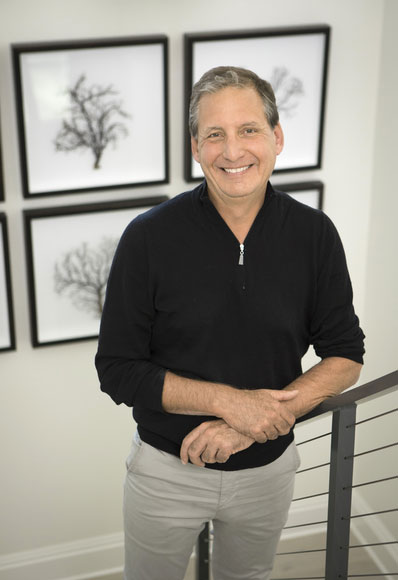 Seizing unforeseen opportunities presented by the pandemic, a 20-year-old medical spa-services company looks toward a big year. ‘You have to stay focused on the big rocks,’ says one executive.

Eating cheeseburgers, paying taxes and getting laser hair removed are three widely different activities people do. But in David Prokupek’s world, that trio has a common theme: bold concepts combined with uncomplicated operations and systems are the best way to grow a business.

Prokupek first learned that at Denver-based Smashburger, a burger chain he helped grow from two locations in 2007 to more than 250 by 2013. He then ran Jersey City, N.J.-based Jackson Hewitt Tax Services for four years, where he led a brand repositioning of the company to focus on providing a wider suite of services to a blue-collar customer base.

Now approaching his third year at the helm of Ideal Image, Prokupek brings that lesson and others to the forefront in his core mission: continuing to lead Ideal Image beyond its core laser hair removal and Botox offerings to become a full-service MedSpa business. In doing so, the company targets multiple recruiting revenue streams to help it get to what could be a $350 million revenue business within two years. The company currently does about $300 million a year in revenue, officials say, and is growing sales at least double-digits year-over-year.

The fragmented MedSpa industry appears to be a good place to generate that kind of high-volume growth. Allied Market Research, for example, reports that the global MedSpa market is expected to grow from $11 billion in 2017 to nearly $28 billion by 2025. There were 5,431 MedSpas nationwide in 2018, according to data from the American Medical Spa Association. The average MedSpa did $1.52 million in revenue in 2018, up 9% over 2017, and, notably, the average profit margin per location industry-wide is 29%, the association reports. (Ideal Image’s average annual revenue per clinic is about $2.5 million.)

Another boost to the industry, which took place even after those rosy projections, is something patently 2020: seeing yourself up-close and personal on Zoom and virtual calls for hours a day. Turning those people into clients has been a big pandemic opportunity for MedSpas.

“We have had several new clients that have never before received any medical aesthetic treatments reach out to us this year,” says Harvey Hillyer, managing partner of dermani MEDSPA Franchising, an Atlanta-based MedSpa business, in a statement. “Now that they are looking at themselves all day in Zoom calls, they are seeing themselves in a new way and want to look their absolute best. We’re getting a flood of new clients setting up first-time appointments to come in and get these procedures done.”

Ideal Image has some 150 locations in 32 states. About 125 stores are corporate-owned while the others are independent locations. The company was founded in 2001 — by former chiropractors Joseph Acebal and Rick Mikles. They believed there was demand for full-body laser hair removal and skin renewal services in a luxurious setting with trained professional staffers, rather than someplace resembling a doctor’s office.

Ideal Image has since had several CEOs, and been flipped by a few private equity firms. Greenwich, Conn.-based L Catterton now owns Ideal Image, and it named Prokupek CEO in April 2018. One of his goals when he joined the firm was to make MedSpa services more available to a wider customer base, not just a luxury service. “The industry was born on Park Avenue and Rodeo Drive,” he says, “but there’s really a case where we can democratize the industry.”

In that vein, one step he took early on was to lower prices of services, as much as 30% or 40% in some cases. While there was a risk of commoditizing the offerings, the higher sales volume, Prokupek says, has made up for the price cuts. In the effort to democratize the industry, or at least Ideal Image, one company Prokupek emulates is Apple. “They have elegance for every price point,” he says. “It doesn’t matter if you make $10,000 a year $10 million, as soon as you walk into an Apple store you are smiling.”

Getting customers to come into an Ideal Image location isn’t an inexpensive effort. The company’s average customer acquisition cost, Prokupek says, is about $300 per client, including multiple high-traffic area billboards. “We spend a lot of money generating leads, but many of our customers buy more than one thing,” Prokupek says, adding that the average customer spends $1,000 to $2,000 per visit. “We want a highly engaged consumer.”

While billboards aren’t going away, one aspect of the pandemic was it sped up Ideal Image’s technology side, both in digital marketing and virtual sales consultations. The company has some 400 online sales consultants, and with video technology, an Ideal Image employee can talk to and see a potential client in Sarasota from their home office in Seattle. “We’ve turbo-charged the business by setting up everything virtually,” Prokupek says.

No matter how a client gets to an Ideal Image clinic, Prokupek believes the company is primed to succeed because its mission, no matter the service, is popular, and profound: making people feel better about themselves. It’s a mission that predates the pandemic, but, like at dermani MEDSPA, has taken on a whole new relevance the past 10 months. “We are unlocking people’s confidence,” Prokupek says.

The unlocking amid the pandemic has opened some growth in Ideal Image services. From May to August, for instance, Ideal Image saw its website traffic rise by more than 100% year-over-year. In addition, free consultations increased by nearly 20%, and once all clinics re-opened in July, it posted consistent double-digit growth and new customer growth, officials say. The most popular treatments in the pandemic are laser hair removal, Botox and CoolSculpting, an FDA-approved, patented, non-surgical cooling technology process that eliminates fat cells.

Behind data like that, it’s easy to see why Prokupek is jazzed about Ideal Image’s prospects. “This is probably the biggest opportunity I’ve ever seen in multi-location retail,” Prokupek says. “We are a big company, but we’re not a giant in this space.”

The company is taking several approaches to become a giant, going back to Prokupek’s think-big philosophy, which he imparts to the firm’s leadership team. “If you have a big audacious vision you want to go after, you have to stay focused on the big rocks,” says Ideal Image President of Field Operations Ryan Berk.

One part of the strategy is a membership program Ideal Image is introducing. Prokupek says companies like Peloton and Restoration Hardware, each with subscription models that have produced not only recurring revenue, but ravenous fans of the brands, that do well. The subscription base price, he adds, would get people in the door and after that Ideal Image employees can sell additional services. “We are really bullish about how much membership will grow for us,” Prokupek says.

Another aspect of the strategy is to create a national affiliate network, where nurse practitioners and physicians can license Ideal Image technology and use those services with patients without becoming a full franchisee. Ideal Image, says Prokupek, can use its size, scale and buying power to help affiliates grow the MedSpa side, in return for a marketing fee and a percentage of revenue. “We want to leverage our scale and bring our vision to many more people across the country,” Berk says.

Berk, who joined Ideal Image in early 2019, coming from a senior executive role at Life Time Fitness, says Prokupek’s penchant to chase big ideas has been both inspiring and fast-paced. “I think we’ve done four or five years of work here in the last two years,” Berk says. “He really encourages curiosity and that curiosity lets us peel back the onion more and find bigger and better ways to serve customers.”

Looking to 2021, Prokupek says Ideal Image, in addition to its affiliate network and subscription model, will focus on continuing to enhance its technology platforms. On new markets, Prokupek says the company is looking at California and other places out west, with a goal of being fully national within two years. He says one of the myths he has found in expansion is that the market has to be a high-end haven. “We do as well in Louisville and Tulsa as we do in Boston in Miami,” he says. “Everyone wants to look good and feel good.”

Prokupek’s biggest fear for 2021? Things not getting back to normal, or something of a normal that looks more like 2019 than 2020. While that anxiety lingers, Prokupek also keeps in mind a key lesson he’s learned at most of his career stops: to have symmetry between doing right by employees, exceeding customer expectations and coming through for shareholders. “Mistakes happen,” Prokupek says, “when you’re not equally thinking of all three.”