After years of tweezing facial hairs, waxing her bikini line and dealing with bumps and ingrown hairs from shaving her underarms, Vicki Winston has had enough. So last month, the 37-year-old Knoxville, Tenn., embarked on an attempt to rid the hair from those body parts for good with a laser. The $2,400 she’s spending on the process is “nothing” in the big scheme of life and worth it for “convenience and just comfort,” says Winston, a massage therapist and mother of a 3-year-old. Her first treatment barely hurt and took only half an hour. She plans to go to four more sessions, every 10 weeks. “In about a year, I won’t have to shave again, and I won’t have razor bumps, and I won’t have to worry about ingrown hairs,” Winston says.

Razors aren’t antiques-yet. But a growing number of Americans are switching to laser hair removal. It’s now the top nonsurgical cosmetic procedure for the under-35 set. Among all ages, it’s second only to Botox. Last year 1.4 million Americans got laser hair removal-up 53 percent from 2003, according to the American Society for Aesthetic Plastic Surgery. “There’s now technology that allows people to deal with a problem much like Lasik eye surgery did,” says Dean Akers, chief executive officer of Ideal Image, which plans to double the number of its laser hair-removal facilities to 50 by the end of this year.

A series of sessions may range from about $900 for bikini line or underarms to about $4,400 for a man’s back and shoulders. (Insurance rarely covers laser hair removal, though occasionally it will cover treatment for African-American men who suffer from chronic infections from ingrown hairs on their beard area-called pseudo folliculitis.) But Akers says clients are not put off by the price. “It’s not a big number [compared to] the cost of shaving the rest of your life,” he explains.

For many patients, the removal is permanent, though 25 to 40 percent experience some regrowth, says New York dermatologist Roy Geronemus, president of the American Society for Laser Medicine and Surgery. But the hair that grows back is usually finer and lighter.

Laser removal works by targeting patients’ melanin, the dark pigment that gives hair (and skin) its color. The melanin absorbs the laser’s energy, and the resulting heat kills the roots of nearby hair follicles. That’s why dark-haired people make the best candidates. “We can’t treat blonde hair or gray hair because it has no target color that we can isolate,” says Dr. Robert Ailes, corporate medical director for Ideal Image. Doctors classify patients on the six-point Fitzpatrick scale-with type one being a fair-skinned, blue-eyed blonde and type six being an extremely dark-skinned person of African descent. And there are specific lasers designed for different skin types. “You can’t use the same approach for every patient who walks in the office,” says Geronemus, the New York dermatologist.

Lasers, which can cost $30,000 to $150,000, usually have different-sized tips, which resemble fat highlighter markers and treat an area around the size of a dime to a quarter. Operators lightly touch the skin in areas where the client wants to remove hair.

It sounds painful, but most people describe the sensation as similar to a rubber band snapping against the skin. Areas directly over bone (like shins) are most sensitive, whereas body parts padded with fat or muscle are more comfortable, even without using numbing cream a half hour to an hour before a procedure. Lasers typically use a chilled tip, a cool spray or a cooling gel, which also lessens any pain. “We encourage everyone to try it initially without the numbing cream,” says Ailes, who reports that fewer than half of Ideal Image’s patients need any topical anesthetic. Sometimes practitioners just use an ice pack 10 minutes before treatment; tranquilizers and general anesthesia are not used.

Unlike electrolysis, which delivers a small electric current to one follicle at a time and takes several seconds per hair, lasers can zap all the hairs on a woman’s upper lip and chin in 10 minutes and the hairs on a man’s chest in 30 minutes. The laser can zap 10 or 20 hairs a second whereas electrolysis reaches only one hair every 15 or 20 seconds, says Dr. R. Rox Anderson, a professor of dermatology at Harvard Medical School. But like electrolysis, laser hair removal requires multiple treatments-usually six to 10 weeks apart. “Some of the hair follicles are capable of withstanding more than one treatment,” says Anderson. “How many times do you see a boxing match where the first time the guy gets knocked out? Usually you have to punch away.”

The treatment, which is billed as “permanent hair reduction,” is most popular among women, who get 86 percent of laser hair-removal procedures. Their favorite treatment areas: the face, underarms and bikini line. But men are also flocking to laser hair-removal centers and doctors to remove the hair on their backs, chests, necks and even their legs.

Miami Dolphins linebacker Junior Seau, 36, says he got tired of shaving his legs to prevent athletic tape from pulling on his hairs. Seau, who plans to go for his fourth treatment in two weeks, says his biggest problem is fitting all five treatments into his busy schedule. (Once he gets to an appointment, he says he simply sits back and reads a magazine until it’s over.) He considers the pain to be minimal-“not even close” to what he feels on the gridiron, he says. “It started out as a joke in the locker room. [But then] a lot of guys came up to me on the side and quietly mentioned if I could give them a card. They questioned me on how long it lasts,” says Seau, who spent a year as a spokesman for an Ideal Image facility in Florida. “It shouldn’t be looked at as a feminine thing to do. Hopefully we put out an awareness to men that it’s OK to get the hair off.”

Ryan Goldin, 28, a 6-foot tall, 255-pound power lifter and sports trainer with a six-pack stomach, definitely felt that way. For years, he wouldn’t take off his T shirt because of his hairy back and shoulders. “I’m self-conscious about it,” he says. His wife used clippers to trim the hairs-a time-consuming process. But last week, he decided to get the hair zapped off. “It [was] like 40,000 rubber band shots to my back and shoulders,” he says. But that “mild discomfort” was an improvement over waxing, which, he says, felt like “ripping off my skin over and over again.”

Though zapping large areas like the back is fine, doctors say it’s best to avoid treating too many areas at once. “If you do legs and bikini, that’s fine,” says Geronemus. “But if you begin to extend into other areas, you run the risk of toxicity from the topical anesthesia.” His staff applies lidocaine-containing cream in the office rather than asking patients to apply it themselves at home. That way they can watch carefully for allergic or toxic reactions, which are rare but possible.

Last December, Shiri Berg, 22, a senior at North Carolina State University, used a $40 tube of anesthetizing cream she had bought from a laser hair-removal salon before driving there for her first appointment to get rid of the follicles on her legs, underarms and bikini area. (She had prepaid $1,000.) Too much lidocaine and tetracaine got into her bloodstream, and she apparently became disoriented and pulled off the side of the road, says Laurie Armstrong, the Kirby & Holt lawyer representing her family. Emergency responders found her slumped over in her car, bleeding from the mouth. She had cellophane wrapped around her body to help the lidocaine absorb into the skin. On Jan. 5, she was taken off life support. “You ratchet the whole risk level up once you start using these anesthetics,” says Armstrong. “Her family’s biggest hope is that the public is educated.”

Patients need to take other safety precautions as well. They should avoid the sun before getting a laser treatment. Otherwise, they may wind up with burns or changes in pigmentation. And they should also wear eye protection during the procedure, like the opaque plastic eye cups in a tanning booth if they’re getting their face worked on and colored goggles if they’re getting other areas done.

Despite the additional safety precautions, and the price, many patients say it’s a worthy investment of their time and money-especially those who’ve had a tough time with other hair removal techniques. For years, Ricquel Smith, 31, an African-American who owns an automobile-emissions testing station in Atlanta, suffered from discoloration and razor bumps in her underarm area. “Even when I’d go on vacation and go to the beach, it was just embarrassing,” she says. “I would put on a regular T shirt because I didn’t want my underarms to show.” Razors irritated her, and waxing hurt too much. She says it was worth the $600 and the return trips to the center to get rid of the hair. After four treatments (with one treatment to go), she has “almost nothing” left under her arms. “I’m thrilled,” says Smith. “I tell all my friends and family [about it] . Now I see women with facial hair, and I’m almost inclined to tell them, `I know where you can go’.” 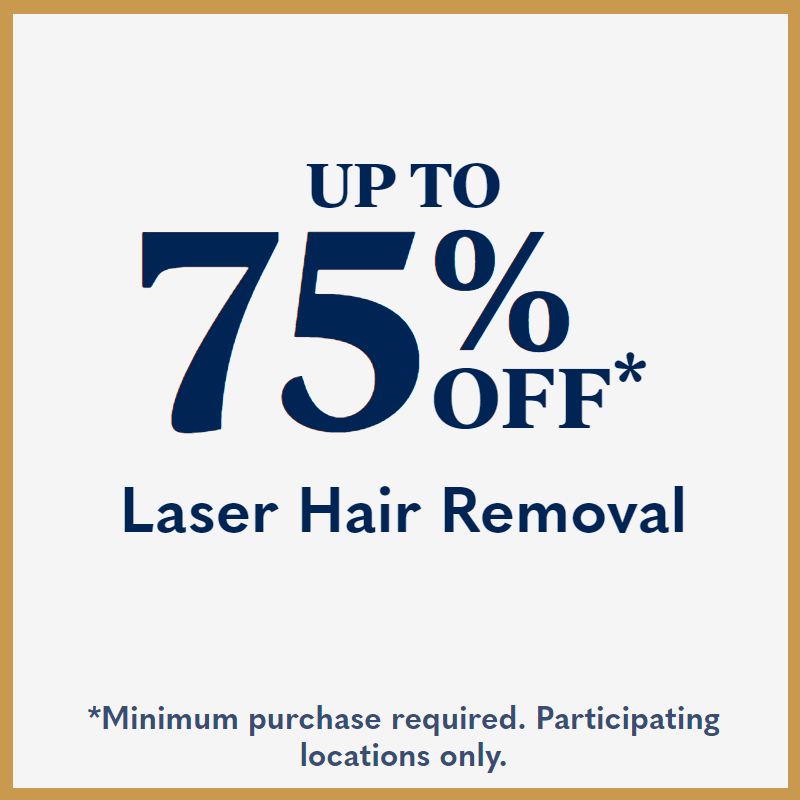 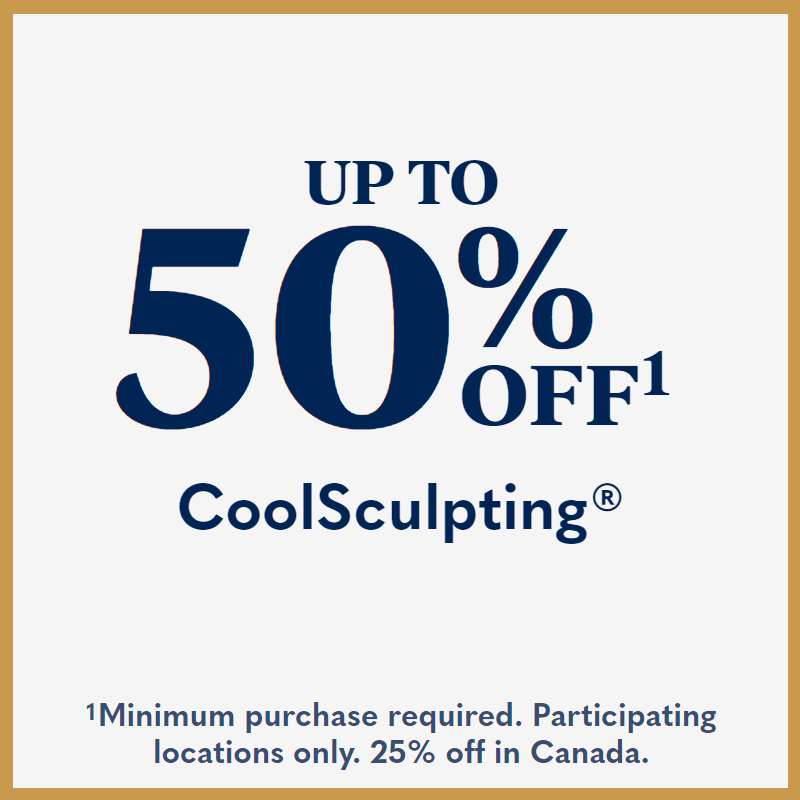 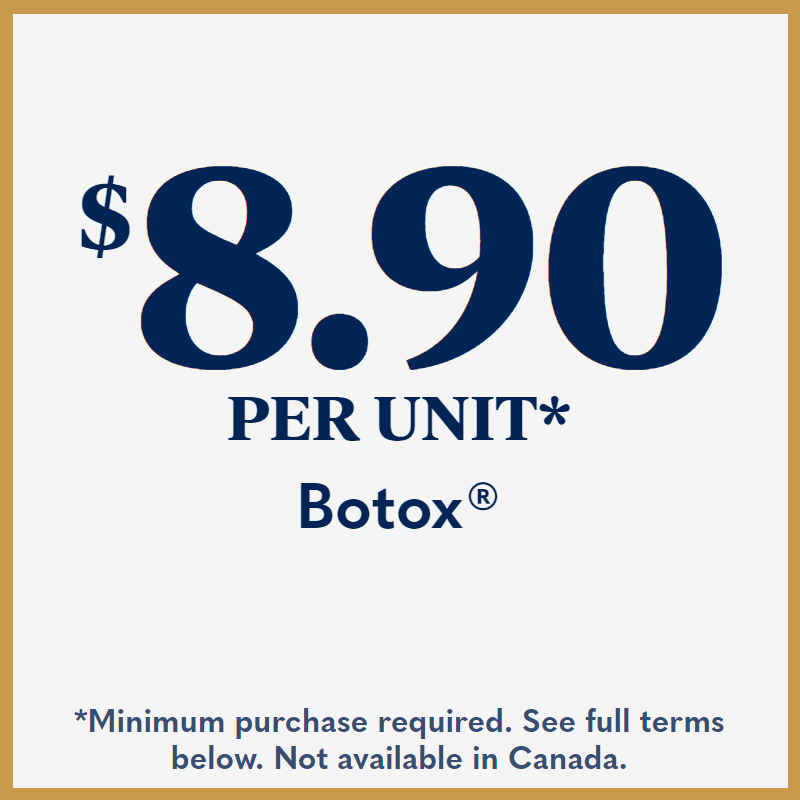 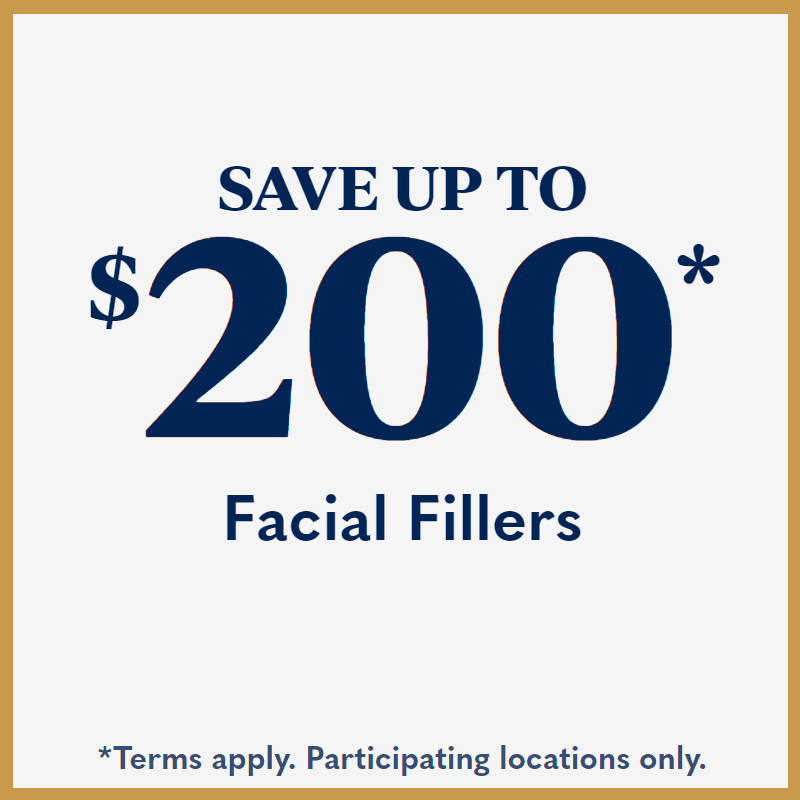 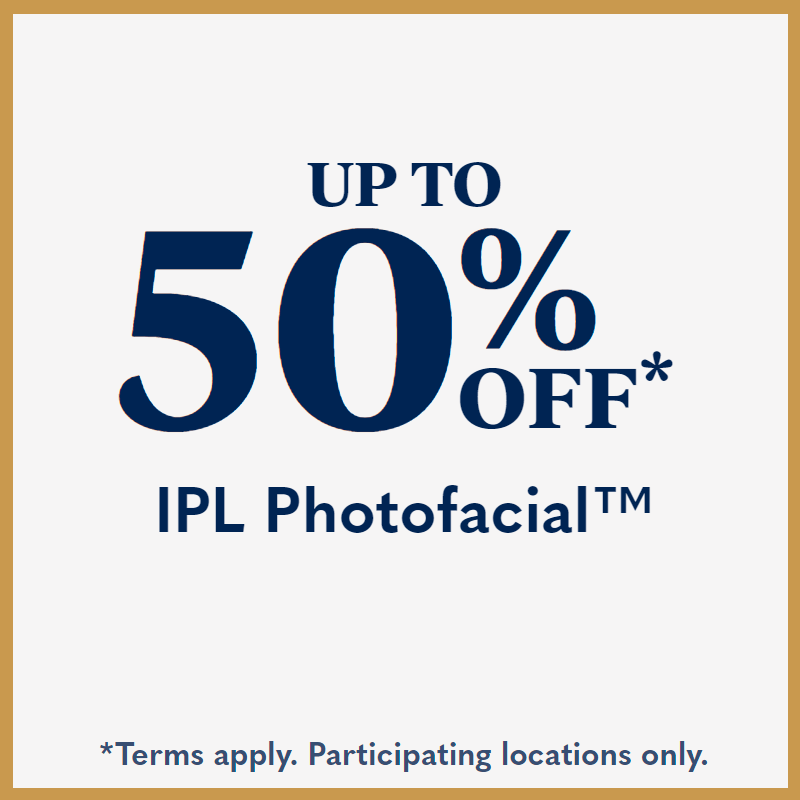 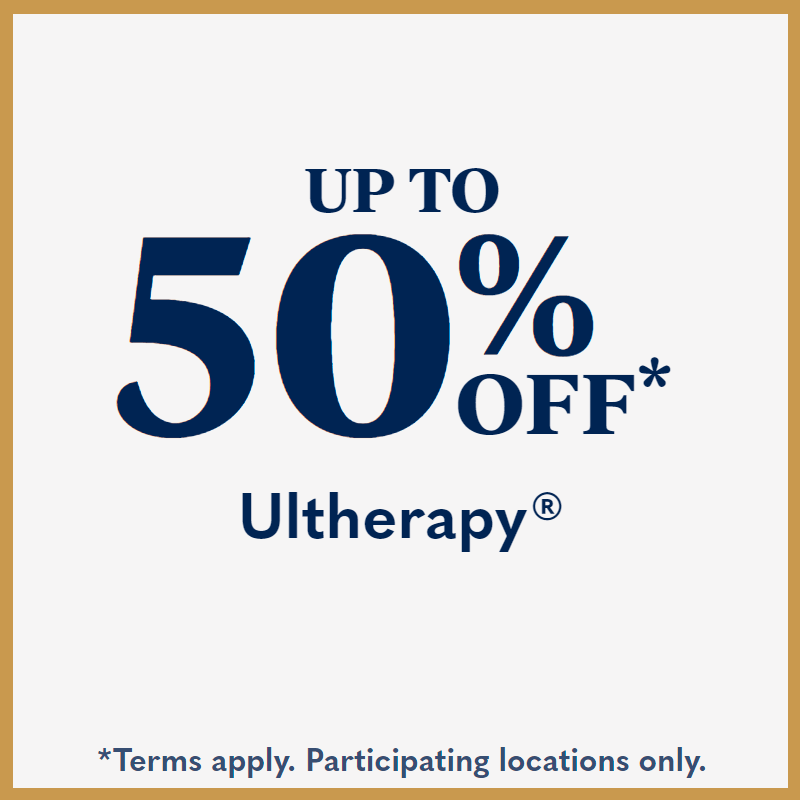 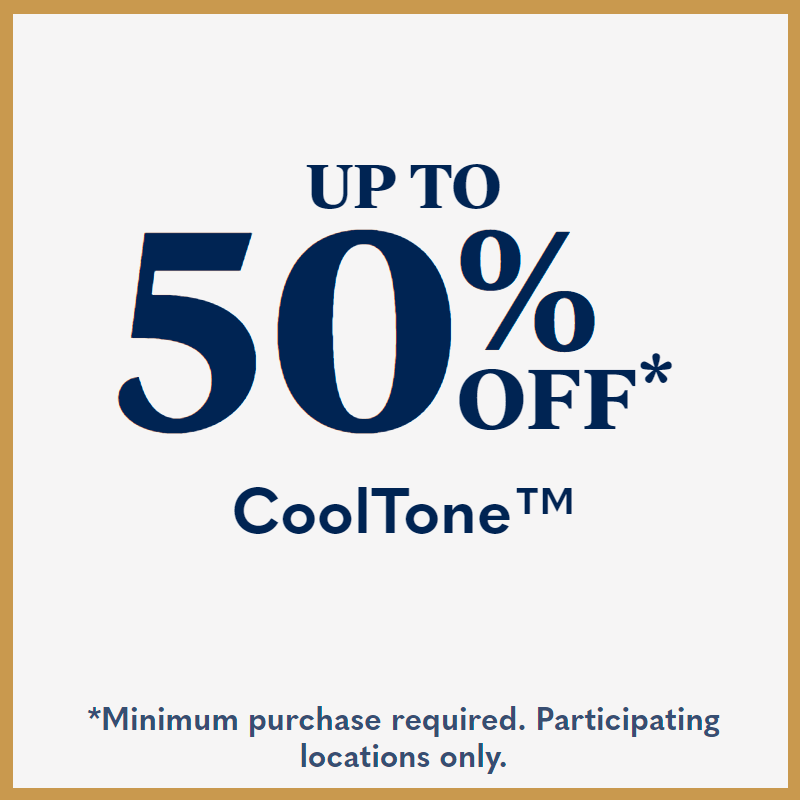 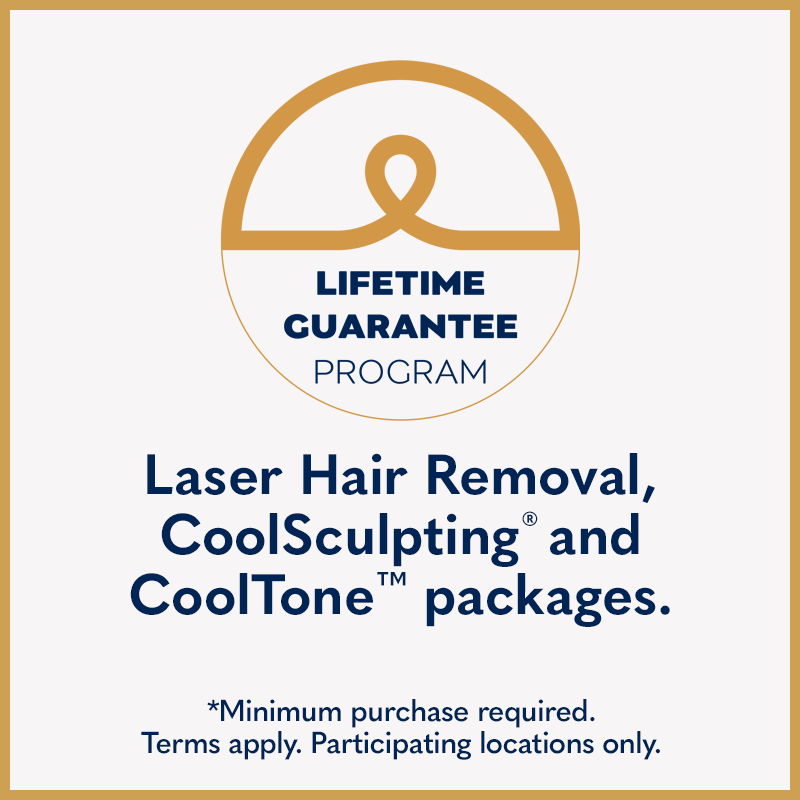 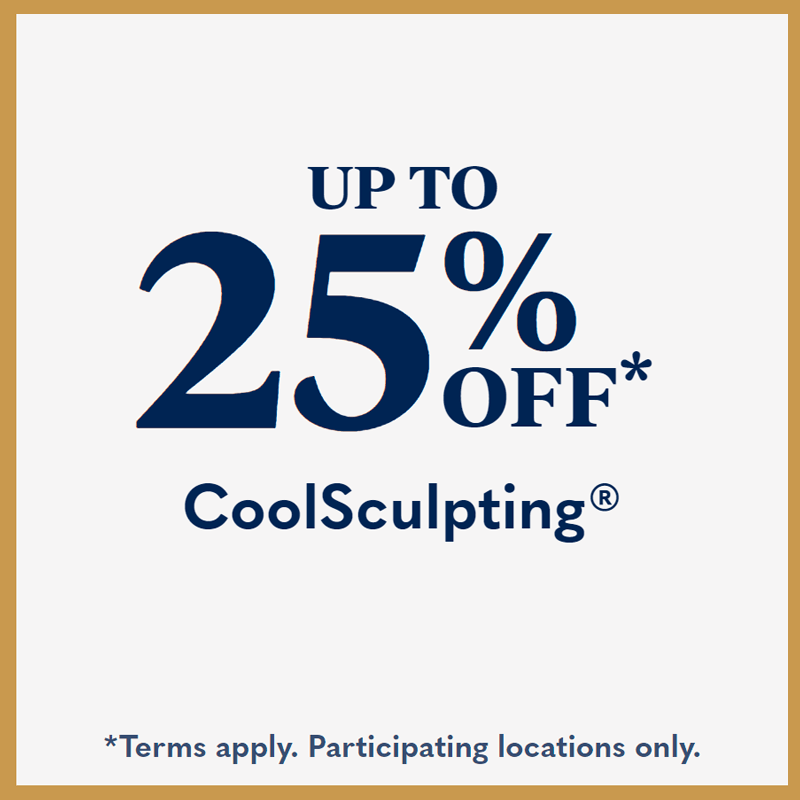